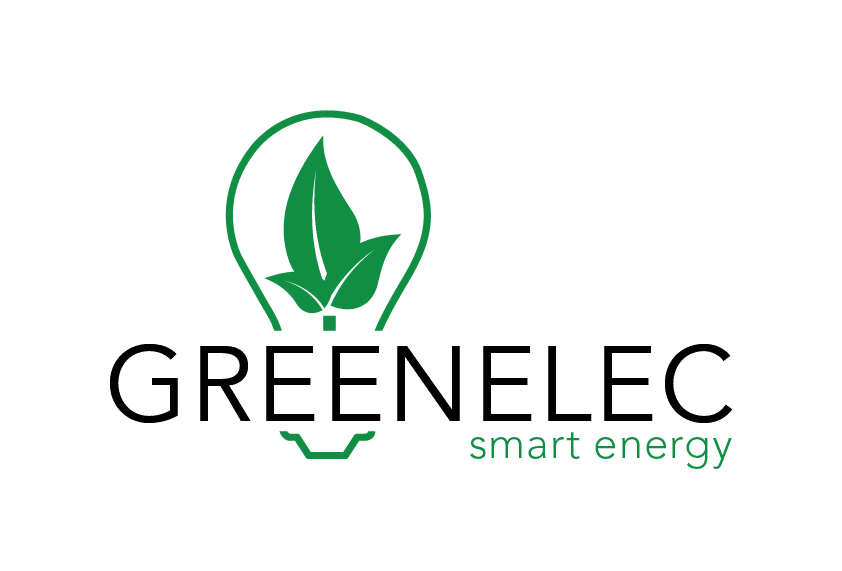 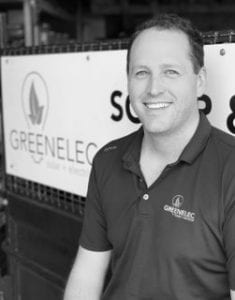 A business owner, an electrician, a solar and battery designer and a rugby enthusiast.

In 2008, during the last year of his apprenticeship, Gareth decided that he wanted to offer more to the community than what other Electrical companies were prepared to, and so he created GreenElec.  Gareth wanted to create a multidisciplinary electrical contracting company that empowers community members through education about how they can control the way they produce, use and store energy on a day to day basis.  Further to this, Gareth visioned a company where customers can experience a centralised process of having their electrical, communications, home automation, solar energy, battery storage and home automation needs met.

Since then, the business has gone from strength to strength growing into a team of 13 staff who have achieved many of the goals Gareth has set for the company, including winning an award from the Master Electricians of Australia for Residential Project of the Year in 2014, 2017 and 2019.

The successes of GreenElec are a direct result of the passion and vision Gareth has for the company. Gareth’s vision for GreenElec is:

“I see a world that lives and works in the most efficient way available, where people produce, store and control energy in a way that allows them to not only be independent and enjoy the luxuries that modern technology allows, but to have a positive impact on the world during their time”

Gareth reflects on his greatest work related achievement as his team.  Gareth believes that if he answers to their needs, look after them and help them progress through their career by learning every day, then he is doing a good job, and the return they deliver is endless.

Outside of GreenElec, Gareth is passionate about Rugby and enjoying every day life. The top of the recreation list has to be camping or watching rugby but if he can do both, he’s in heaven!!  Gareth is a #girldad (as Kobe Bryant would say)… and loves spending time with his wife and two little girls.

Please don’t hesitate to drop Gareth a line directly with feedback or suggestions via [email protected] or 0403 732 318.

After finishing Year 12 on the Northern Beaches in Sydney, Haydn became a qualified electrician and has been working in the field for over 6 years.

Haydn is committed and actively seeks out opportunities to provide a professional service to our clients that meet their electrical goals and ideas. Haydn also enjoys being challenged at different worksites where he is able to apply his acquired practical skills and knowledge, and is particularly interested in the electrical stream of ‘New Installations’.

Haydn has excellent attention to detail and prides himself in his neat and ordered finishing techniques which makes him a key asset to the GreenElec team.

Haydn was part of the Australian Kayaking team during his high school days and enjoys getting back in the water in between work commitments on a more leisurely basis. Haydn also enjoys surfing, chilling out with mates and getting away for long weekends. Recently buying a 4WD ute, Haydn is looking forward to going off road and driving along beach stretches in the future as little getaways with his wife and little boy Dustin! 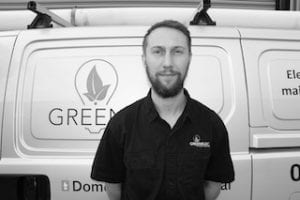 Lawrence brings a high level enthusiasm and experience to the GreenElec team. As a project manager, Lawrence has exceptional organisational skills in managing jobs from the beginning to end.

Lawrence demonstrates adaptability in working with clients needs and has a ‘solution focused’ approach to all jobs regardless of their size.

Lawrence and his family recently moved to Australia from South Africa and is a huge rugby fan at heart. A father of beautiful twin girls and a newborn boy keeps him busy in between the day to day work at GreenElec.

Lawrence enjoys the outdoors and exploring the sights of Sydney with his family. 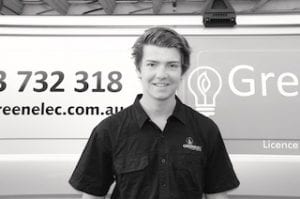 Finishing Year 12 on the Northern Beaches, Max has dived straight into his electrical apprenticeship in 2017. Max is enthusiastic and passionate about the fast changing technology in the electrical field, which was what initially drew him to complete his trade. Max is attracted to the idea of being challenged in different ways and stepping outside his comfort zone by linking in theory to practical situations.

Max is an asset to the GreenElec team, where he brings focus and energy in completing any task at hand. There is never a task Max wont give a shot and has been enjoying learning about the different divisions of services GreenElec provides, including electrical and solar. Max was attracted to the stability of job security the electrical field provides whilst also being part of a industry that is forever offering new opportunities and areas of growth. Max is a valuable link in the GreenElec team and enjoys the friendliness and motivation of the colleagues around him, and most of all that we all like to have a heap of fun along the way.

Max has travelled up and down most of the East Coast of Australia, loving the coast line where he usually is throwing a line in. Max enjoys (and is great at!) Gamefishing especially for Marlin and Tuna and spending time with mates. In the colder months, Max visits the Snowy Mountains up to 5 times in a season – so all in all, Max enjoys the outdoors for both work and play! 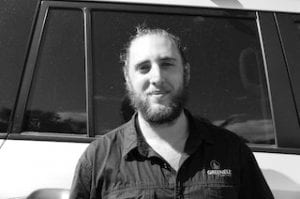 Finishing Year 12 in Sydney’s Eastern Suburbs, Simon had a wealth of experience in different industries before starting his mature aged apprenticeship at the beginning of 2017. Following leaving school, Simon gave University a shot however soon discovered that whilst he enjoyed the content of the course, the style of teaching didn’t mesh to well. Simon enjoys hands on learning where he can apply his acquired knowledge directly in practical situations.

Simon has shown dedication and commitment in various employment roles with some of Sydney’s best food wholesale and retailers including Fratelli Fresh, Nicholas Seafood and Victor Churchill, where long hours and hard labour is a given. Whilst Simon enjoyed his experience in these positions, his interest in learning about Solar and Renewable Energy were a core part of his drive to become an electrician. With one day hoping he will have his very own entire off-grid property where he can grow and raise his own food.

Simon has already shown his forward thinking skills often preempting the next step to be completed by the supervising tradesman. Simon is only a new starter to the GreenElec team but has demonstrated great initiative and passion in the field which will ensure he leads a successful career in the electrical field.

On the weekends, Simon enjoys anything outdoors and is a true lover of camping, hiking and skiing. Simon also has a strong passion about food and cooking. 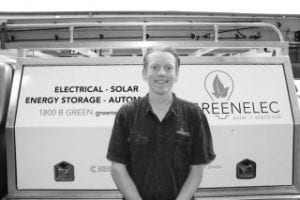 Dan finished up at Covenant Christian School in 2018 and was keen to start straight away in the electrical field. Dan chose to become an electrician as he was always interested in watching his father work who is also an electrician. Dan has proven himself to be well respected among the crew and there is not a single thing he doesn’t give a go! Dan is eager to learn and know how things work.

When not working, Dan loves hanging out with his mates, riding his dirt bike or working on his car! 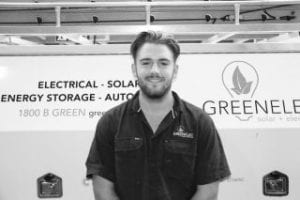 Dean is an experienced project manager who has a strong interest in the evolving technology in the electrical industry. In particular the automation aspects of the industry. Dean brings a level minded and can-do attitude to the team with no job or task flustering him in the moment.

Dean is well liked by his team and very approachable as a teacher to the less experienced members of the team.

Dean enjoys travelling and has recently returned from a 7 month backpacking trip around Eastern and Western Europe. 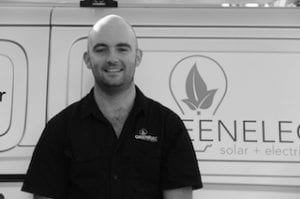 After showing an interest in the electrical industry, Troy moved across from the printing trade a few years ago where he was fully qualified and managing a crew of printers in a large factory in Western Sydney. Troy has not looked back from this career move and is enthusiastic in completing his electrical apprenticeship with GreenElec. Troy has a strong work ethic and very knowledgeable for where he is at in his apprenticeship.

Troy has shown an eager side to learn and become experienced in the renewable energy side of the industry. Troy is very well liked by the team and brings laughter to the group everyday on site.

Troy enjoys anything sport related! In particular has a strong interest in rugby (as a player in his youth) and UFC. Troy enjoys keeping busy and fit with his little white pup, Pettie. 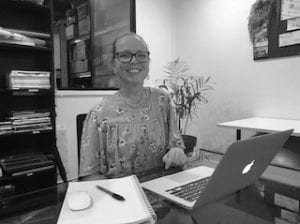 Amber brings a wealth of knowledge and experience to the GreenElec team.  Amber is dedicated at supporting the field staff and offers project management support in order to keep to tight deadlines and deliver on project promises.  Amber is a systems guru and has an exceptional attention to detail.  Amber and Lorelle work seamlessly together as they drive the daily administration tasks of GreenElec.

Amber likes to keep busy with her husband and lovely two children, Willow and Billy on weekends.  Enjoying music gigs where possible!

Rhea joined the company 3 years ago and has supported the development and systemisation of bookkeeping processes, human resource management, website design and marketing. Rhea liaise’s with the staff in the field to ensure that all the work on the front line flows perfectly through to finalising jobs and ensuring customer satisfaction. Rhea has made a great impact on the business and has added to the strong foundations that GreenElec is building in order to propel the business even further forward. Rhea was awarded the National title of Women in Contracting Award in 2017 with the Master Electricians Association, and continues to drive for women being major leaders and change makers in the construction industry.

With post-graduate qualifications, Rhea is connected with Macquarie University and Western Sydney University completing research on child well-being after completing her Masters in 2019. Rhea is a strong community advocate who also has held volunteer roles for over 10 years supporting children and families going through tough times. Rhea see’s the spark of resilience in every person and reaches out to those who need a little help in seeing this within themselves. 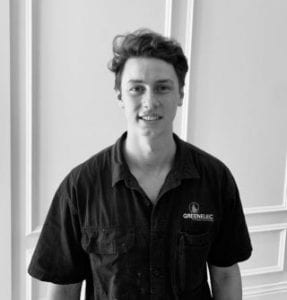 Finishing up at Killarney Heights High School in 2019, Josh launched straight into an electrical apprenticeship. Josh demonstrates an eagerness to learn new things and has already proved himself as a keen learner on site.

Josh’s initial interest in the electrical industry came from working with his father in the security field. Josh likes to learn and know how things work.

When not at work, Josh is usually hanging out with his mates! 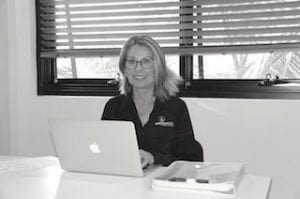 Lorelle brings a wealth of experience to the office operations of the GreenElec. Lorelle has and is a true asset to the daily functions of GreenElec including managing the accounting and booking demands. Lorelle is well liked by all staff members and approaches each task with a can-do attitude.

A core strength Lorelle brings to the team includes her accountability, proactiveness and attention to detail. Lorelle is flexible in learning new programs and has adapted seamlessly during GreenElec’s program management change in mid-2018.

Lorelle keeps busy on ‘non-work’ days by enjoying out in the sunshine with her puppy, Luci. 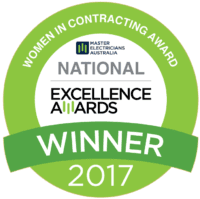 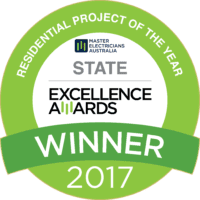 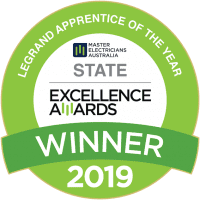 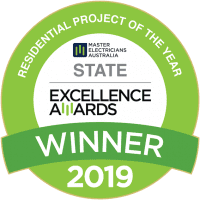 Let us work together

We reply within 24 hours 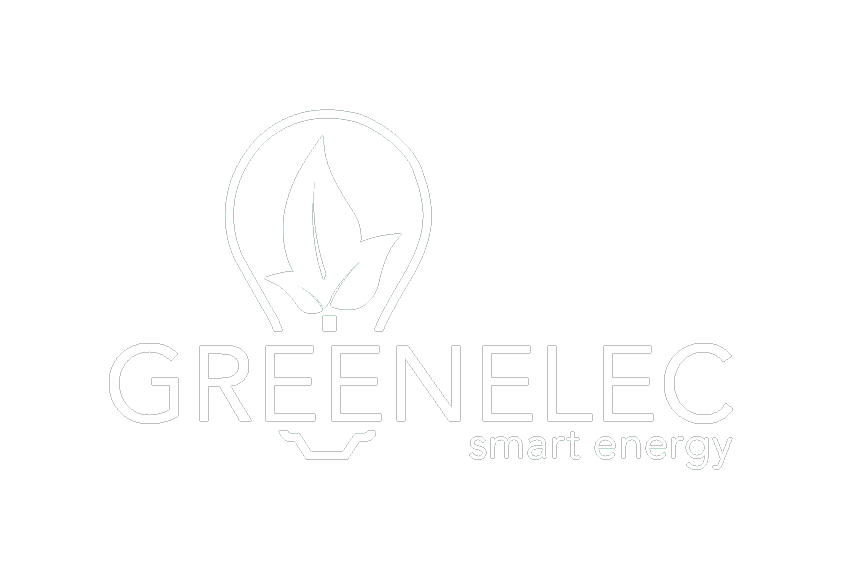